A downloadable game for Windows and macOS

Dialogue: A Writer's Story is a PC/Mac game about conversations, writing and science. In Dialogue, you play out a year in the life of Lucille, a writer working on her science fantasy novel, whose content is highly inspired by her neighbour Adrian's research subject, biochemistry.

The game consists of various types of conversations with different mechanics. Active conversations occur in real-time, and the effect of Lucille's statements can be modified through her equipped Focus. Exploratory conversations map different subjects spatially, allowing for backtracking and finding new paths, while emails can be arranged and edited.

Dialogue combines ease and depth of play to provide a well-rounded narrative experience grounded in everyday life. The game is fully voice acted, with a relaxing soundtrack and European cartoon-inspired characters. A playthrough of Dialogue takes around 3-6 hours.

The story in Dialogue is grounded in real life challenges and tensions, telling the story of relatable but interesting characters. We have drawn from our personal experiences to talk about the difficulties involved in two major areas.

The first is the creative process, both in Lucille's writing of her novel, and other people's reactions to it. The player will have insight into Lucille's struggles and triumphs as she changes characters, creates twists in the story and struggles to find a satisfying conclusion.

The second is how real scientific research is carried out, how it is seen by people outside of the research community. Adrian's year is focused on working with his unruly cells, and the player will get to experience the worries and joys of being a researcher.

Hey Poor Player - "True to its name, it boasts the most comprehensive dialogue system I've ever seen in a game... In Dialogue, understanding and empathizing with people is very much an end in itself. ...I found myself wanting to be more like Lucille – someone genuinely interested in people and their complex personalities."

VideoGamer - "There's a nice mingling of science and creativity, and it realises the process of sieving information to get to the nuggets of interesting and imaginative things remarkably well."

Fuwa Novel - "Dialogue: A Writer's Story is probably the best depiction of what it's like to be a writer you'll ever find in games."

Dialogue is the inaugural game of Tea-Powered Games. As a company, we focus on expanding the narrative vocabulary of digital games, both in terms of stories and mechanics, with a holistic design approach. Tea-Powered Games was founded by a writer (Flo) and designer (Des) who had been making games and writing stories during their research jobs.

In order to download this game you must purchase it at or above the minimum price of $15.99 USD. Your purchase comes with a Steam key. You will get access to the following files: 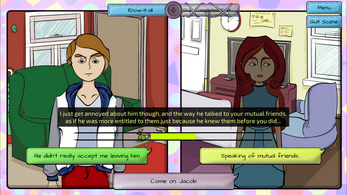 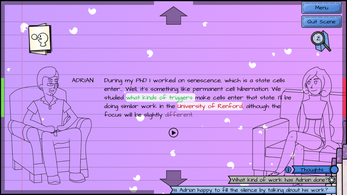 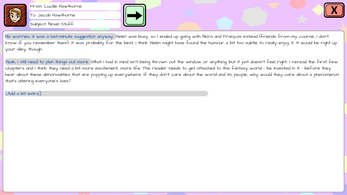 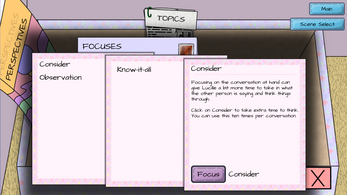 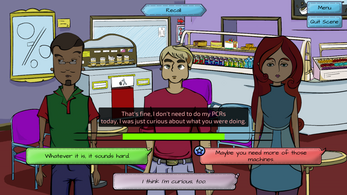